Medical conditions that make it hard to breathe can be some of the most terrifying problems to deal with. I know this from first-hand experience thanks to a frightening run-in with vocal cord dysfunction. This is a fairly rare condition, and it’s not understood by many people – not even doctors. Here’s what I went through.

About a year ago, I started to experience what I thought were asthma attacks. I would experience a little shortness of breath, and shortly afterwards it would suddenly get nearly impossible to suck air into my throat. I found it easy to breath out, but the difficulties I experienced breathing in were extremely frightening. The first time this happened to me, I figured I had eaten something disagreeable. These attacks started to come with greater and greater frequency, though, so I decided to put matters into my doctor’s hands.

After listening to the way I described my attacks, my doctor’s first thought was that I was experiencing the onset of asthma. He wasn’t certain that this was the case, though – and I’m really glad he kept an open mind! He started the process of treatment by giving me a standard bronchodilator inhaler used to treat asthma and telling me to use it the next time I experienced an attack. Although we both had high hopes, this treatment didn’t do much to help me in my next few attacks. Over the course of several more visits, my doctor proposed and tested for several more respiratory conditions.

We got lucky on one visit when I had a mild attack right there in the doctor’s office. This enabled him to get a first-hand look at my problem, and it proved to be vital in diagnosing my vocal cord dysfunction properly. This was a stressful experience in itself, as my doctor maneuvered an endoscope down my throat while I was struggling to get air into my lungs. I’m glad he did it, though, because he was able to see the abnormal activity of my vocal cords and make a solid VCD diagnosis.

It turns out that vocal cord dysfunction is still very poorly understood. Doctors are uncertain about what exactly causes it. During an attack, my vocal cords tense and block my airway when I’m trying to breathe in. Contrast this to asthma, where sufferers usually have a hard time breathing out. Also, VCD attacks tend to occur during the day and seldom at night, where asthma attacks are much more common in the nocturnal hours. The most important difference between the two conditions is that the common treatments used on asthma – steroids and bronchodilators – are ineffective at treating VCD. I’m fortunate in that my vocal cord dysfunction is fairly minor. In severe cases, sufferers require pretty invasive treatments to restore proper breathing function. Botox injections and even tracheotomies are sometimes required!

Among the different potential causes for vocal cord dysfunction there are both physical and psychological factors. VCD may be an extreme form of allergic reaction, a complication of severe sinus congestion, or some kind of neurological problem. On the psychological side of things, it may be caused by stress and anxiety. After my first few experiences with VCD attacks, the prospect of another one definitely stressed me out!

As I mentioned above, the treatments required to relieve severe cases of vocal cord dysfunction can get pretty extreme. I’m lucky. My case has responded very well to a course of careful breathing exercises I’ve been taught to perform when I feel an attack coming on. These exercises help ease me through an attack and reduce the amount of anxiety I feel about the whole process. Although it’s impossible to say for certain, I believe my case is probably mainly psychological. Now that I understand my condition and have effective tools to fight it, it bothers me much less than it did when it was a mystery.

I’ve shared my story here to try and get the word out about VCD. If you (or a loved one) have sudden attacks that make it difficult to breathe in, vocal cord dysfunction is a potential diagnosis you should keep in mind. It’s definitely better to know what you’re facing than to try and deal with an unknown.

Bob is a guest contributor who agreed to tell his story so other people would know what VCD is like. 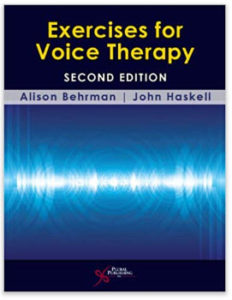